Her fitness goal is to complete consecutive 50km races over a 22-day period, breaking the men’s and women’s world records on most consecutive days over that distance. And Kirsten Beverley-Waters, motivational speaker, yoga teacher and fitness coach, will use the effort as a fundraising and awareness campaign for The Trevor Project, the world’s largest suicide prevention and response organization. crisis for LGBTQ+ youth.

The Trevor Project estimates that at least one LGBTQ+ youth between the ages of 13 and 24 attempts suicide every 45 seconds in the United States for the duration of a 50k race. This devastating reminder helped motivate her for the duration of this race and then to take on this back-to-back 50km world record challenge. As a vocal and passionate advocate for the LGBTQ+ community, Beverley-Waters has worked tirelessly to support young people through various outlets, and this fundraising effort is the next step in her work to help do so. the world a safer and better place for LGBTQ+ youth.

“Ultramarathon running requires a different level of mental acuity, pulling us into dark places and helping us emerge on the other side wiser for lessons. I’ve never felt more compelled to get out out of my comfort zone than when I heard the devastating statistics surrounding LGBTQ+ youth and suicidal thoughts,” said Beverley-Waters, who is comfortable with feminine (she/her) or non-binary (they / them) pronouns, according to OutsidePR. 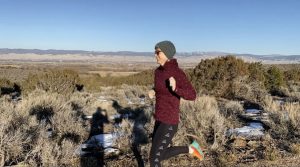 “As a member of the queer community, an advocate and an athlete, I realized that I had to combine my skills to do all I could to raise awareness of this harmful aspect of the youth experience, and I want all young LGBTQ+ people know that I stand with them. Not just for the easy miles and the quick jogs. I’m here for the dark hours when things seem impossible, the highs when you feel irresistible and everything in between,” a- she declared.

The standing records for consecutive days over a distance of 50 km are 11 days for women and 21 days for men. Beverley-Waters, 37, plans to begin her feat on June 4, likely for six and a half to nine hours a day. She will run from her home in Maine and take on various 50km routes from there each day for a period of 22 days (totalling 684 miles).

“I want kids to see a non-binary athlete flourish,” Beverley-Waters told The Wall Street Journal. “I’m putting myself out there to remind people that we all struggle and with support we can overcome any challenge.” 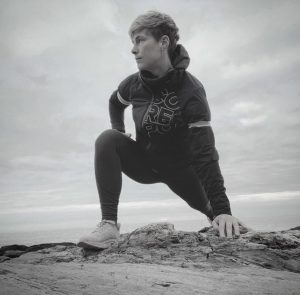 A celebration of Beverley-Waters’ efforts will take place at the Zags Hotel in Portland, Oregon, an outdoor-inspired boutique hotel focused on inclusivity and diversity. The Hotel Zags event will also act as a fundraising partner for The Trevor Project and host local running and LGBTQ+ groups to honor Beverley-Waters and their fundraising and awareness work in the prevention of LGBTQ+ youth suicide.

You can visit the Beverley-Waters fundraising page and donate here.