In Italian, there is a word that describes a central and safe place, usually next to a church, where children can go after school. This haven can accommodate structured group activities, classes, camps or a space to do homework, supervised by many volunteers who bring it together.

That word is oratorio, and it’s the inspiration behind Dragon’s Den, located in the former St. Mary Magdalene Church in Homestead, a stone’s throw from the Waterfront. The space includes a state-of-the-art challenge course, a 160-foot zipline, and a wide range of programs available for neighborhood kids. 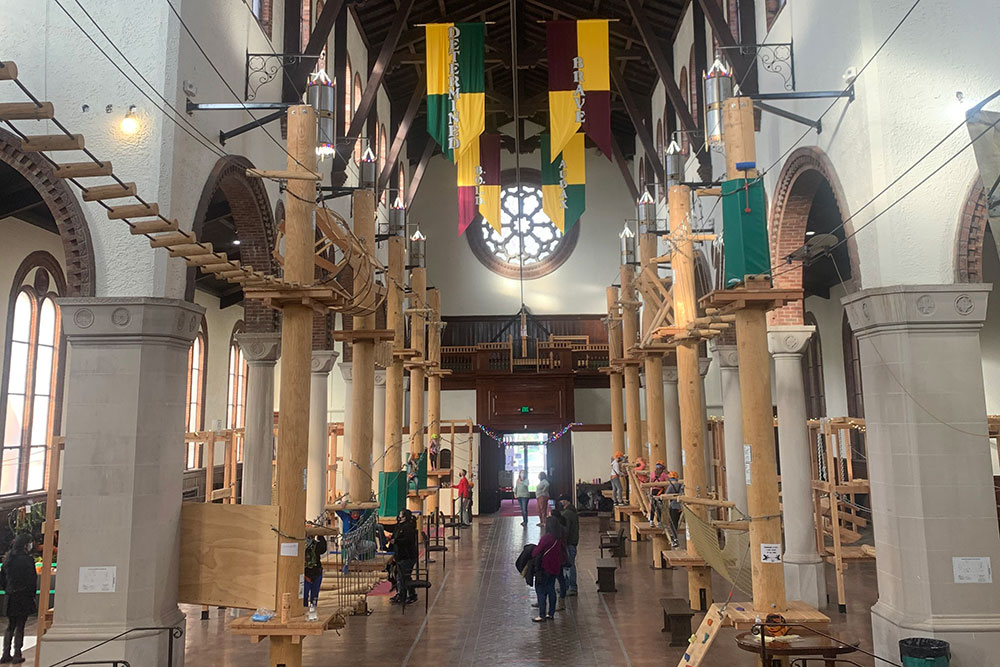 One of the most visually impressive parts of Dragon’s Den (dragonsdenpgh.org) is indeed the ropes course, which runs the length of what was once the church sanctuary. When children walk in and see it for the first time, challenge course director Matthew Needles says the most common reaction is “fear and excitement.”

The course itself has two levels, divided by age group (5-9 and 10+) and difficulty. Every Wednesday, programming is free for the entire Homestead community, and discounts are available for partner organizations, clubs, and school trips.

All programs, however, are free to the Knights of the Dragon, the organization’s flagship team of community ambassadors made up primarily of 5th and 6th graders who live in Homestead. 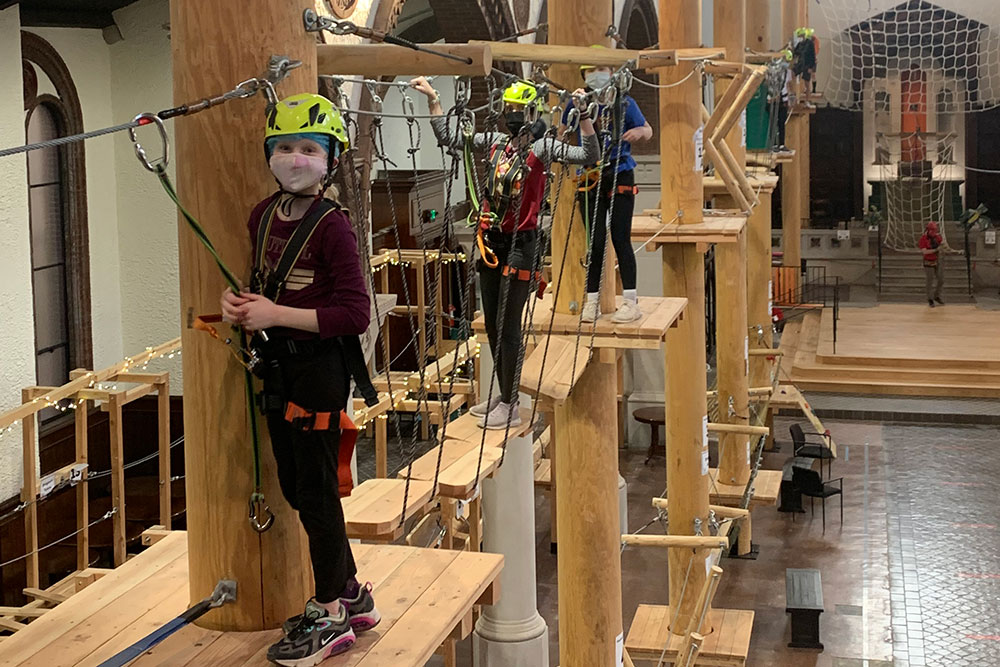 “[The Knights of the Dragon] are our eyes and ears in the community; they tell us what children need most in our community, how they like to spend their time”, explains Giulia Lozza Petrucci, founder and executive director of the association.

The youth center opened its doors in September after extensive repair and renovation work. The church had closed in 2009 and remained derelict until Petrucci and her husband purchased the property in 2016. Despite opening amid the COVID-19 pandemic, Dragon’s Den celebrated its 1,000th participant on the course rope in April – and the kids keep coming. 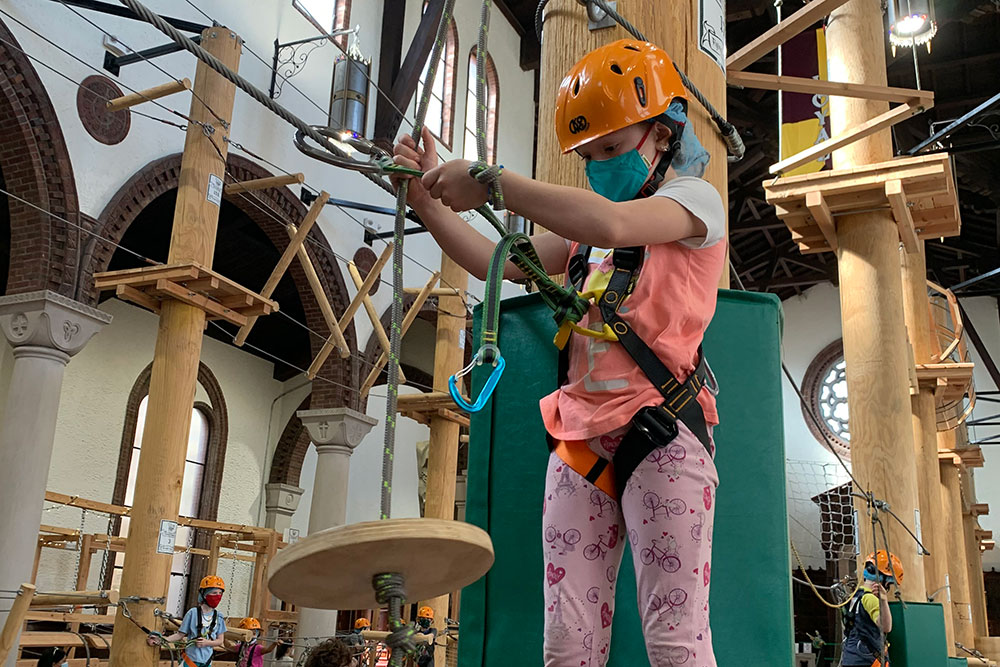 “Obviously it took a long time. But, you know, we opened when we felt families and kids needed us the most,” says Petrucci. “It’s our sign that we were meant to be here. Everything fell into place. »

For local children, Dragon’s Den has already established itself as an irreplaceable asset, a community center where children are free to be themselves.

Eleven-year-old Airyonna Flowers, who suffers from social anxiety, says Dragon’s Den has helped her come out of her shell.

“This place makes me feel like myself. People talk to me a lot while I’m here, and that makes me really happy,” she says. “If I could be here every day, I would. I’m really glad to have joined.

Joining is also simple. According to Petrucci, members of the Dragon Knights must live in the community in order to travel to Dragon’s Den independently. When a child is interested, their parents or guardians are brought in for an interview and to complete certain paperwork, including a waiver, and the children are warmly welcomed into the program. 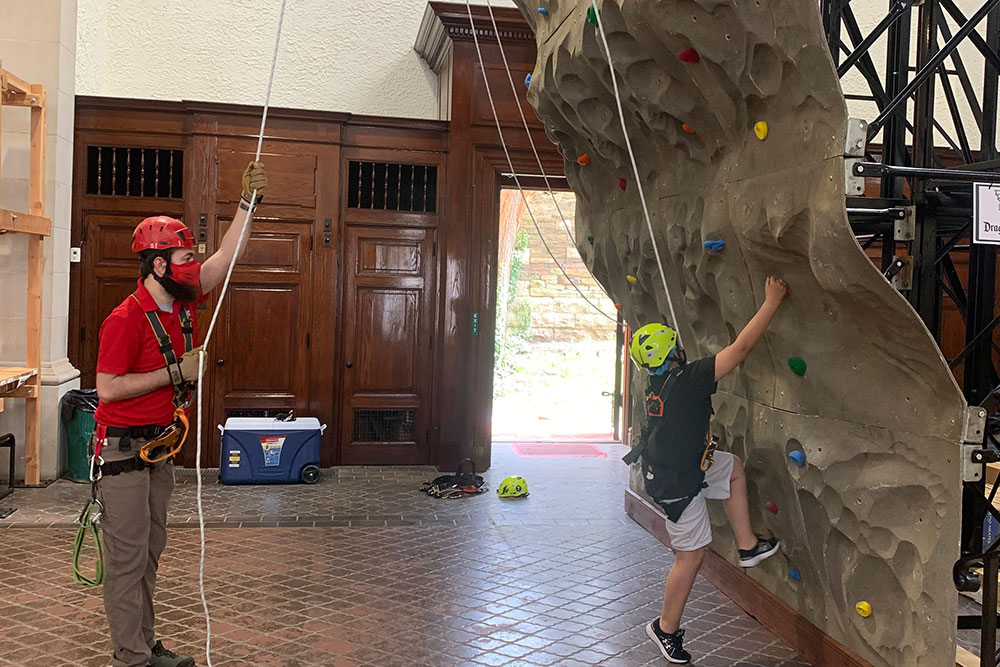 Starting this summer, Dragon’s Den will offer a variety of camps in July and August. According to Joshua Dick, part-time animator, educator and resident jack-of-all-trades, there will be six summer camps targeting a variety of ages and interests.

Wendoll Slade, 14, was one of the volunteers who helped build the ropes course. Now he is a member of the Dragon Knights.

“It’s really helpful, because it’s stressful here sometimes. I’m in high school now, it’s a bit difficult, so it’s good to have a place where you can come and relax,” he says. 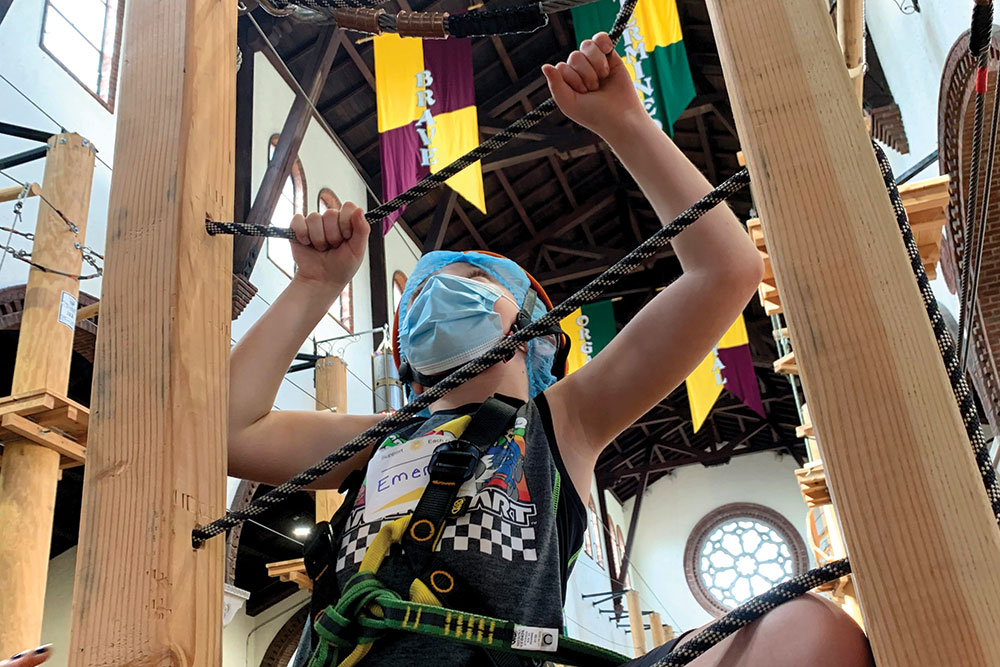 It was through Dragon’s Den that Slade became involved in acting. This year, he won an honorable mention in the Pittsburgh Public Theater’s Shakespeare Monologue & Scene competition for a selection from the fifth act of “Richard III.” Before Dragon’s Den, he hadn’t even heard of the competition.

“The [contest] it’s something that happens every year, but I’m not necessarily sure that kids in public schools and private schools have the same access to it,” says Pravin Wilkins, director of the Dragon’s Den program. “That’s part of what we’re trying to do here – to really open doors that were previously closed or weren’t even in sight.”