By Harshavardhan Purandare, Sandeep Pandey*
The Narendra Modi government just does not seem to learn from past mistakes. From demonetization to farmers laws with Kashmir ruling, citizenship law and Covid lockdown in between, the citizens of this country have had to suffer not only from the reckless decisions of the government but also from the how decisions are made. Once again, we have a characteristic authoritarian decision without any consultation neither of the general public nor of the representatives of the people.
The Agnipath scheme, despite its popular Bollywood title and high-profile launch, inflamed Indian youth against the government within a day of its launch. In the current environment of economic uncertainty, young Indians are incentivized with the plan announced by our Prime Minister as it further curtails their job opportunities in the Defense Force. The “hire and fire” logic of cost cutting will not only harm careers in the military, it will also reduce the professional competence of the defense force in the long run.
While this is all discussed by defense experts, another aspect of this scheme needs to be explored, which is that it makes thousands of trained “Agniveers” – 75% of recruits who lose their jobs after the end of the contract four years – simply unemployed. The government says they may be absorbed by state police or other professional security requirements, but that may turn out to be a half-truth.
Most of them are more likely to be absorbed as private security guards by agencies seeking to exploit them. A dangerous prospect is that they will become easy recruits for political ideologies that believe in violence, to be used as foot soldiers.
This announcement is clearly in line with recruitment processes in other ministries where short-term contract employees working at much lower salaries without any government accountability are preferred over regular employment. But then why should we assume that they will do their best for the country?
The reason the armed forces are revered is that they are willing to sacrifice their lives for the good of the country. If a four-year-old recruit is faced with a situation where she is expected to make a sacrifice as her family’s economic insecurity threatens, we can’t be sure what decision she will make?
With the economic policies of globalization, privatization and liberalization, certain fields have been opened up for the employment of foreign nationals – teaching positions in private universities, airline pilots, cricketers at the IPL and coaches of various sports, etc leadership then what prevents the Chinese People’s Liberation Army from recruiting Indian youth under better conditions of service? After all, we have an Indian Army Gorkha regiment from Nepal.
Traditionally, our civil society and our armed forces keep their distance. The blending only occurs through defined channels to honor and celebrate the men and women who perform their duty in military uniform. Armed warfare is not an everyday thing for the average Indian.
Neither is there social support for including military education in the school system, nor do military leaders aspire much to hold the highest positions in civil and political life with a few exceptions. Yet, we managed to create capable and professional defense forces that defended us well after independence. 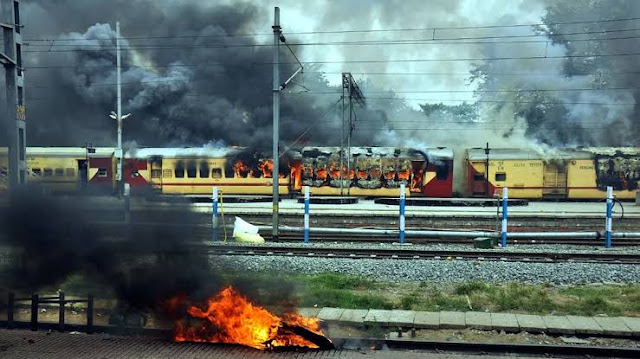 But after the Hindutva nationalists came to power, security issues were publicized and became the focus of political discourse. As if the rulers wanted every Indian to live in fear of an imagined attack, the issues surrounding the military are mediated and politicized. As a result, retired military generals appear on TV shows or become ministers, campaigning for nationalism.
Narendra Modi has appealed to young people to vote for a surgical strike in Balakot in response to the Pulwama attack. We have to see the result of Agnipath in the light of such a political environment. What’s to stop a jingoist leader from goading young, armed-trained unemployed youths in their twenties and thirties not mature enough to discern national interest from ruling dispensation’s interest in taking up arms for a particular reason?
Beyond the political motivations, we can say that the branding of Agniveers and the media hype that is created around this recruitment is also a bad idea. There is a difference between celebrating the sacrifices, the bravery of our soldiers and painting them as Bollywood superheroes in the imaginations of young Indians through vicious WhatsApp campaigns.
We don’t want our next generations to fight imaginary enemies and live in the fantasy of violence. Neither knowledge of how to use guns and weapons should become the pursuit of teenage India. We don’t want the culture of video game psychopaths entering schools and killing innocent people.
The United States is grappling with the moral dilemma of gun control laws in the wake of the recent school murder. Pakistan has also witnessed such indiscriminate killings of children. Government support for militias in Pakistan is an open secret, the highest price for which has been paid by Pakistan itself.
In the age of the Internet, the knowledge and fashion of weapons will pass from cell phone to cell phone at the speed of light, if we promote the armed forces in civil society. Finding Desi Kattas in the black markets or firearms from Munger’s cottage industry in Bihar for cheap is not at all difficult if a motivation for violence is created. In the name of the cause of national security, campaigns with violent overtones will only harm internal peace and security.
The military should have the backing and backing of the public, but it is expected to act quietly. The defense forces are our last resort to settle political conflicts at the borders or inside the country. We have to let them operate independently.
—
*Associated with the Socialist Party (India)